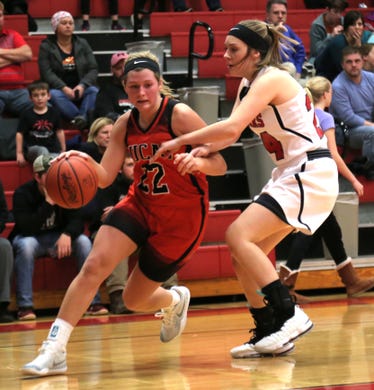 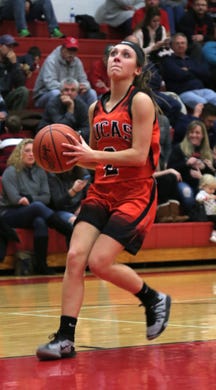 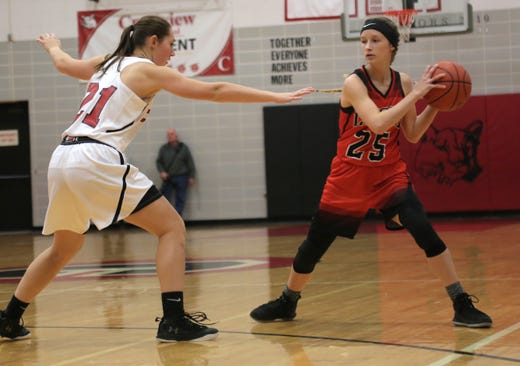 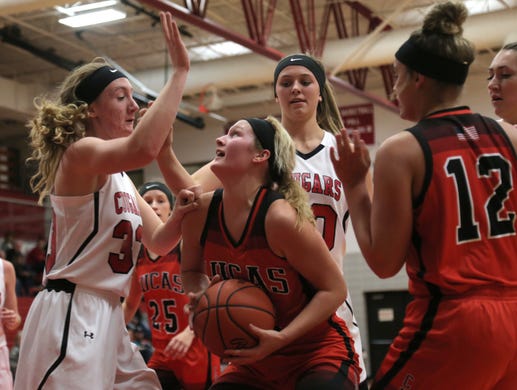 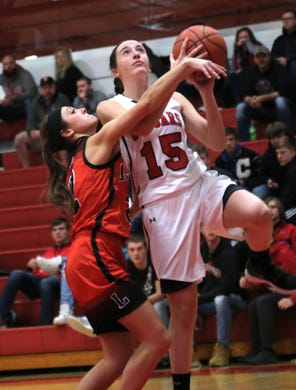 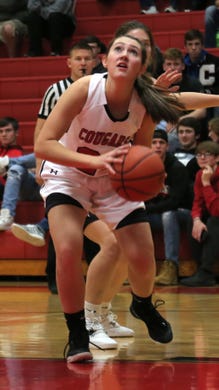 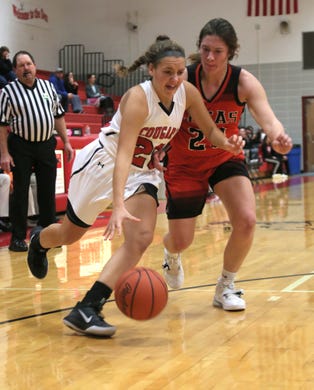 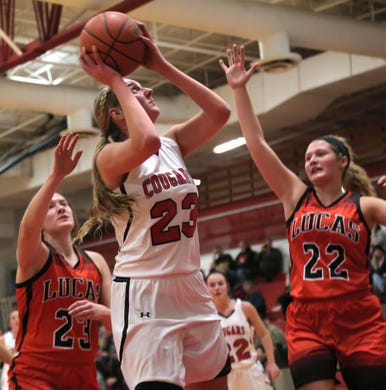 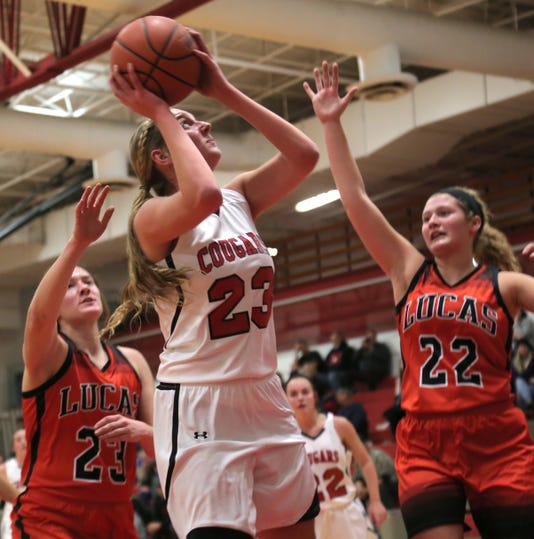 So perfect they took an impressive 57-40 victory over the Lucas Lady Cubs on Tuesday night at Crestview High School.

After a sluggish first half by both teams saw a 22-19 Crestview advantage heading into the locker room, the Lady Cougars caught fire in the second half out-scoring their opponents 35-21 over the final 16 minutes.

“That is a very improved team from when we played them last year,” Crestview coach Aaron Goon said. “Those girls are tough. We were coming off of that first game loss and they were coming off of a first game win so we wanted to gain some confidence tonight. We know opportunities are there, we just have to take them with confidence.”

The confidence showed especially from 6-foot-1 sophomore Kenedi Goon and 5-foot-8 junior Kathleen Leeper. Goon finished with 16 points and eight rebounds on the night, but she did most of her damage in the second half with 12 points over the final two quarters.

“Kenedi finally made some layups in the second half,” Aaron Goon said. “I bet we missed 10 wide-open layups in the first half. We couldn’t make anything, but that is something that comes with experience and time.”

The Lady Cubs did everything they could to keep Goon quiet for the first half holding her to four points, but the lack of size caught up with them and Goon went off.

“I think we did a great job rebounding and working to out-hustle our opponent which are our main focuses every game,” Grover said. “However, Crestview has a ton of height that we do not have. Kenedi Goon did a great job in the second half catching and finishing.”

Leeper led all scorers with 20 points as she proved to be the veteran of the team as the lone returning starter. She put up a balanced effort scoring 10 points in the first half and 10 more in the second. She also finished with seven rebounds, three assists and two steals.

“Kathleen is our only returning starter and she is a heck of a player,” Goon said. “We have girls who played a lot last year and some who dominated on JV so we want them all to take that next step. We have to be ready for it.

“They started the game wanting to take Kathleen away so I challenged the other girls to step up. As the game progressed, she reasserted herself and that is what she does so well. It is her turn and she is doing a great job.”

Kathleen’s sister, freshman Mary Leeper, put up an impressive game with 10 points to give the Lady Cougars three players in double figures. Destiny Hargett added five while Emily Fry and Autumn Bailey chipped in with three apiece. While the three double-figure scorers made the difference in the score book, Goon saw a few players make even bigger differences on the floor.

“One thing I will never have to worry about is the effort out of Autumn Bailey (seven rebounds and two blocks),” Goon said. “She goes hard all the time and you have to love it. That is infectious.

“Same with Elly Motter. She plays so hard all the time that it just wears people out and that is why we always put her on the other team’s best player. She does a great job on defense.”

“As long as we are playing hard and getting better, that is all that matters,” Goon said. “We just need more time on the court together.” 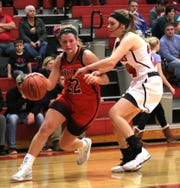 Lucas kept it close for a half as it used its athleticism and speed to keep it close for 16 minutes. The Lady Cubs forced 28 turnovers, 15 in the first half.

“Our first half was excellent and we may have even had a nice sized lead if we could have made some free throws and layups,” Grover said. “We are going to go shoot, shoot and shoot some more.

“The first half wasn’t very pretty on both sides. I know it is early, but we have to make the easy ones. We will work for three days and get ready for more. It is too early to hang your head.”

Lucas falls to 1-1 and will be back in action on Saturday at Mansfield St. Peter’s to open Mid-Buckeye Conference play.

Crestview improves to 1-1 and will host Mansfield Senior on Thursday.