Chicago Cubs manager Joe Maddon is in town for the team’s annual Fan Convention this weekend, but he’s not letting his uncertain contract status distract him from the task at hand.

Speaking to the media at his annual Thanksmas event in Chicago, Maddon said that he’s not worried about entering the final year of his contract without the certainty of an extension, saying that he’s used to a certain amount of instability.

“We’re all lame ducks, aren’t we?” He asked with a chuckle. “I’ve been on many one-year contracts, but now I’m on the last year of a five-year contract, so I feel pretty fortunate. I don’t worry about it. I’m pretty self-confident, and I feel pretty good about what we’ve done and where we’re going in the future.” 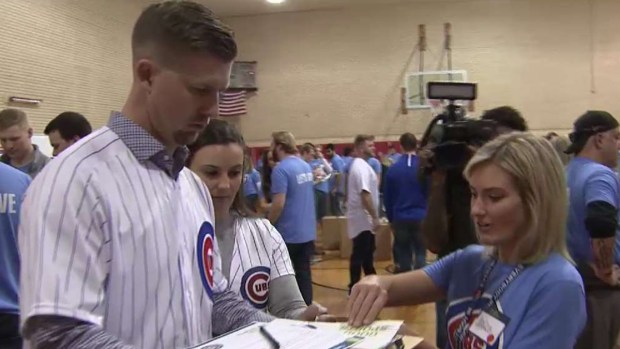 Maddon, who signed a five-year contract with the Cubs prior to the 2015 season, was told by team management that they would not negotiate a new contract with him during the offseason. He has led the Cubs to the playoffs in each of his first four seasons with the club, but despite the success, there is still a chance that he could head elsewhere after the 2019 campaign.

The skipper told reporters that he had meetings with team brass and players at Wrigley Field to discuss the upcoming season, and said that the long lay-off has made his team more focused than ever on trying to win another World Series title.

“We feel like we have all the ingredients in the bowl,” Maddon said. “I’m with the guys, Theo and Jed, regarding trying to extrapolate more out of the group we already have because there’s a lot more left.”

The annual Cubs Convention will get underway on Friday evening at the Sheraton in downtown Chicago.

MLB rumors: What ‘mystery teams’ are in on Harper and Machado?; Cubs’ Ricketts talks quiet offseason
Can Cubs do more in 2019 by doing less this offseason? Seems unlikely.