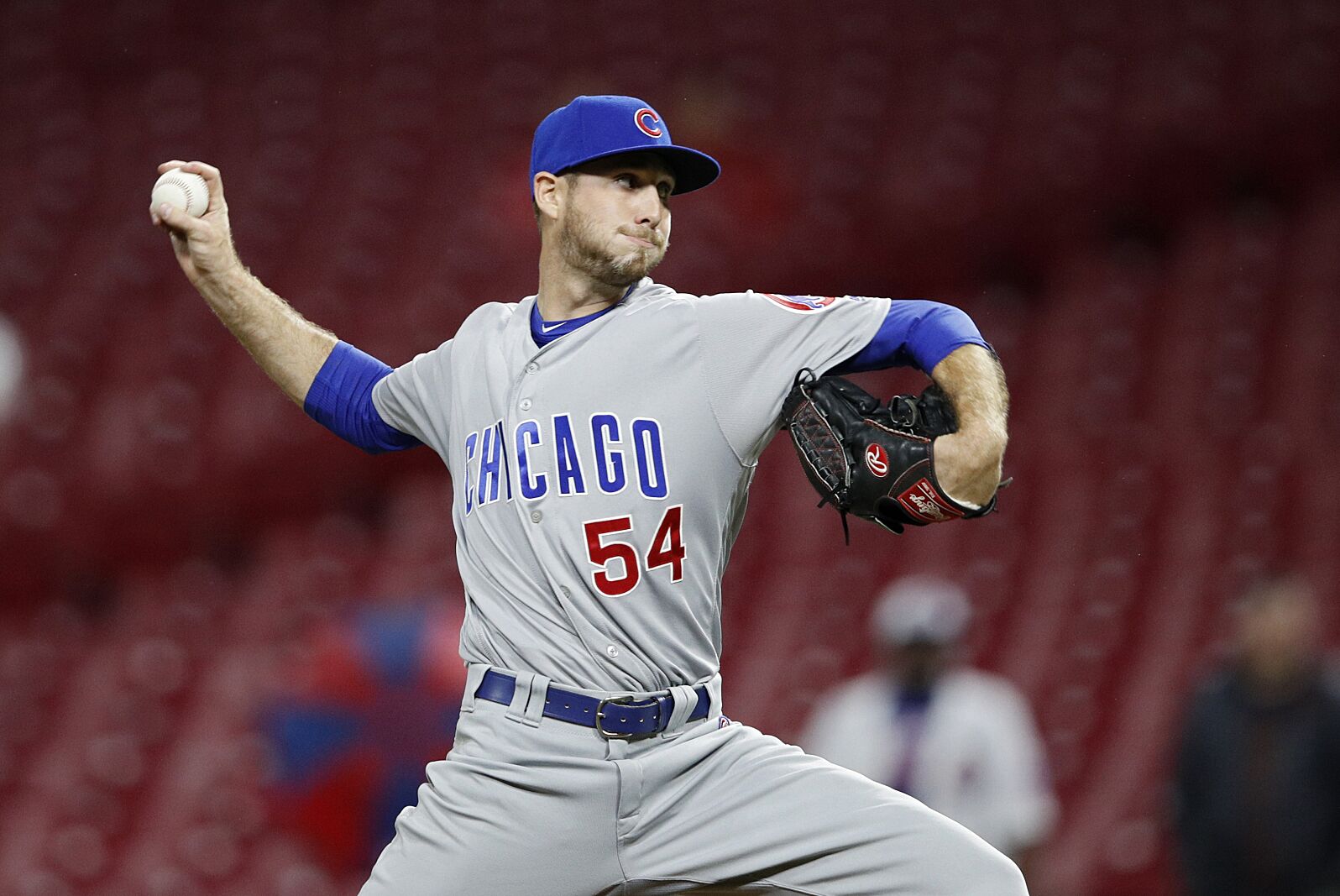 CINCINNATI, OH – MAY 18: Justin Hanccock #54 of the Chicago Cubs pitches in the eighth inning against the Cincinnati Reds at Great American Ball Park on May 18, 2018 in Cincinnati, Ohio. The Cubs won 8-1. (Photo by Joe Robbins/Getty Images)

While the Chicago Cubs certainly have one of the lower-rated farm systems in the game, there were still excellent performances across the system in 2018.

As part of our continuing coverage at Call to the Pen of the minor leagues, we will be covering each organization’s top players for 2018. The coverage will go in reverse order of record. Today, we will look at the Chicago Cubs.

We are going to review the system’s leaders for each organization statistically, then choose one hitter and one pitcher to honor for every team. This will be primarily based on statistical performance, though some “age relative to level” could come into play, so a very impressive season from a 28-year-old in AA will rank below a nearly as impressive season from a 20-year-old at the same level.

After we review each organization’s hitter and pitcher of the year, we will close out October with Call To The Pen’s Minor League team of the year. That will lead into November starting our team top 10 prospect lists. In other words, there will be plenty of minor league content on the way at CTTP, so keep coming back for more each day this offseason!!

The Chicago Cubs minor league system is truly torn down at this point and will likely rank as one of the 2-3 worst in all of baseball when rankings come out. The Cubs used their system to fuel a championship in 2016, and as flags fly forever, the condition of their farm system currently would be accepted by a Cubs fan anyday for that win.

However, after seeing their division catch up in a hurry over the last two seasons and even losing out on the NL Central division title in 2018, the Chicago Cubs may be pumping harder into that system to build it back up again to have those reinforcements in-house.

Before we offer up awards on the season, let’s take a look at the system’s statistical leaders:

Let’s look at the award winners…